Life in the Kingdom was born with the urgency to see the Kingdom of God come near to a lost and dying world Luke 10:9. Time is short and lost people are a priority to God, in a rapidly changing culture Christians lack the power to stand, churches are in a crisis, Jesus is the only answer. What is Life in the Kingdom? It’s a life not just of proclamation, but also demonstration and manifestation of the Kingdom of God in one’s life through the power of the Holy Spirit. The bible calls it "the gospel of the Kingdom" Matt 24:14. Jesus said “We are to seek it first” Matt 6:33, Jesus taught it, modeled it and passed it on to the twelve – seventy and all who would be His disciples Luke 9 & 10. Today the majority are preaching a false gospel, many are preaching the gospel, but very few are preaching and demonstrating the gospel of the Kingdom. Jesus said “Freely have you received, then freely give”, how do we do that? In my sermon "Time to wake up" (see video) I go into this very subject.

“To Raise up, Renew, Relaunch and Rescue”

1. Raise up a new generation of authentic Disciples and Leaders who will raise up others.
2. Renew believers and churches through the power and presence of the Holy Spirit.
3. Relaunch and plant churches that multiply the Kingdom of God.
4. Rescue the lost and restore them back to God.
Learn more 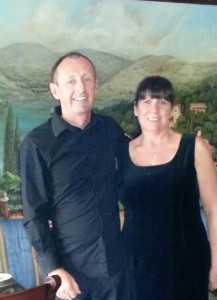 Rev Glenn and Vivienne Wanless, have been serving the Lord in ministry for over 27 years. Glenn has been ordained with the Christian & Missionary Alliance for over 25 years, both he and Vivienne have been used by God to mobilize and unify the body of Christ into Kingdom action. They lived most of their lives in England becoming Christians in their early 20’s. Glenn earned his degree at an Interdenominational and International seminary while living in Scotland. The focus of their ministry has been church planting, replanting and bringing renewal to Christians and churches. As well as serving in the UK, they have these past 19 years served in the USA in Montana, Ohio and Florida. They have been married for 34 years and have two children, David and Rachel and 5 grandchildren Benjamin, James, William, Everly and Jovie. They believe that God has called them to bring the whole gospel to the whole world.

For more information or if you would like us to minister at your church, feel free to contact Life in the Kingdom anytime.